The 42nd Annual MOSES MEMORIAL Scholarship drawing was held at the MOSES office on September 16, 2021. The drawing was conducted by John Bardzik, Chairman of the Goodwill Committee and Patrick Russell, President of MOSES.

The Scholarships are worth $1000 each with one scholarship being $2000 in memory of former President Charles P. Wilson.

The following are the winners:

William Peter Seweryn, for himself. DCR

Matthew Cyr, for himself. DPU

Congratulations to all the winners !!

Thanks to Janet Vitiello for doing all the work associated with this scholarship drawing.

We are having some technical difficulties uploading the video to the MOSES website. We will post it when they are resolved. 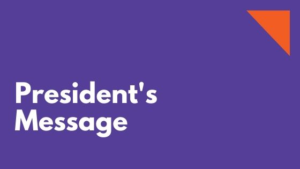 Last night, October 21, 2021, your MOSES MassDOT Collective Bargaining Committee reached a tentative Agreement with the MassDOT, which covers the period from July 1, 2020, to June 30, 2023. This proposed agreement is subject Read more…

MOSES HAS SIGNED A SUCCESSOR CONTRACT AGREEMENT WITH THE COMMONWEALTH

On Friday September 24, 2021, your MOSES Commonwealth Collective Bargaining Committee reached a tentative Agreement with the Commonwealth, which covers the period from July 1, 2020, to June 30, 2023. This proposed agreement is subject Read more…